The Vienna Convention and the Montreal Protocol

Through the Vienna Convention, the signatory States agreed to take appropriate measures to protect human health and the environment against adverse effects resulting or likely to result from human activities which are likely to modify the Ozone Layer. The Vienna Convention set an important precedent. For the first time nations agreed in principle to tackle a global environmental problem before its effects were felt, or even scientifically proven. The main thrust of the Convention is to encourage research, cooperation and the exchange of information among countries. The Convention also established a mechanism for international cooperation in research, monitoring, and exchange of data on the state of the stratospheric ozone layer and on emissions and concentrations of CFCs and other relevant chemicals. Updated by the Montreal Protocol on Substances that Deplete the Ozone Layer signed in Montreal by 29 countries on 16/09/1987. The Protocol is designed to regulate the production and consumption of ozone-depleting substances (ODS). Controlled substances are listed in four annexes, and their respective phase-out schedules are designed to allow for progressive tightening over time as scientific evidence for ozone depletion trend is strengthened and as substitutes for the ODS in question are developed. The parties committed to reduce production and consumption of CFCs by half by 1998 and to freeze production and consumption of halons by 1992. Developing countries were granted a 10-year grace period to meet both obligations. The Montreal Protocol was amended in London on 29/06/1990, Copenhagen on 25/11/1992, Montreal on 17/09/1997 and Beijing in December 1999. The Protocol and its 4 amendments have all been concluded by the Community, respectively on: 16/12/1988 (Council Decision 88/540/EEC, OJ L 297 of 31/10/1988, p.8); 20/12/1991 (Decision 91/690/EEC, OJ L 377 of 31/12/1991); 02/12/1993 (Council Decision 94/68/EC, OJ L 33 of 07/02/1994, p.1); 17/10/2000 (Council Decision 2000/646/EC, OJ L 272 of 25/10/2000, p.26) and on 04/03/2002 (Council Decision 2002/215/EC, OJ L 72 of 14/03/2002, p.18). The Vienna Convention together with the Montreal Protocol make up the “Ozone Treaties”. Participation in the Protocol implies participation in the Convention (Article 16(1)). 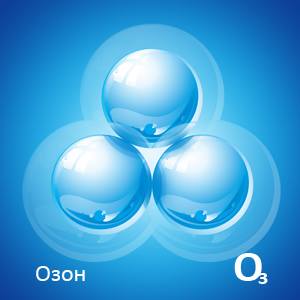 Save the Ozone Layer Together!